The New Culture and my book 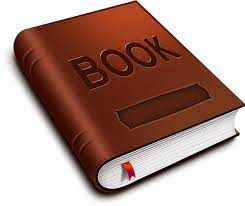 I stopped creating presentations and explaining the political and culture wars. The problem is clear: culture. Dust off the Breitbart quote, “Politics is downstream from culture.” Everyone knows culture is the problem, but no one does anything about it. Every movie, TV show, pop song and TV commercial is flooded with progressive ideology.

This is a war on two fronts. The explainers needed to keep explaining. Their analysis and evaluation of culture and politics is the foundation of the change. It needs to keep happening, but they will be fighting a never ending stream of baddies unless the culture is cut off at the source.

Besides the obvious obstacle of actually creating culture, there lies a very simple question that most don’t ask. If the current culture is bad, what is the new culture? It does not have to be the opposite of the progressive ideology. It does not have to be bible thumping Kirk Cameron movies, TGIF or Ben Shapiro movies. It can be. It can be about family, and it can have a positive message, but that’s not the New Culture. The New Culture is simply the old culture before the woke pathogens infected the arts. The New Culture should be about entertainment. The great movies, books, and shows were entertainment. They weren’t concerned with representation or lifting up voices and creating change. It was art without caveats.

A practical plan
TV and movies are out of our reach for now. There are plenty of underground bands still carrying the flag, but they are unlikely to seismically shift the culture. Internet Meme culture has been more successful than most predicted, but memes are ephemeral and interchangeable. Permanent art is necessary to build the New Culture. Tangible and stackable art that builds over years. Art that is just art, for entertainment and beauty. It’s not about the skin color of the painter and it’s not for the sexual proclivities of the consumer.

There are three avenues for creative art that can be produced at the ground level. The New Culture can be promoted through podcasts that limit dialectics and seek to entertain first and foremost. The second is visual arts (of which I am ignorant, but visual art is the oldest art form and is accessible to all). The third is fiction — books.

My experience
This pitch benefits my personal interests, but most of our interests are the same. We want the New Culture. We want Reservoir Dogs and TV shows that are just shows or at the very least TV shows that are not shaming us. No one will make it for us, and not to go full Marx, but the means of culture production are in the hands of the few. The independent producers are going to have to chip away at this. Creative people need to create and influencers need to influence.

I’ve begun sending my novel to publishers and literary agents. I know it will not be picked up because A. it might not be any good, and B. if it is good, it’s not what the cultural gatekeepers at that level want. This is not a conspiracy or chauvinism. Visit any publisher's website. They list the manuscripts they are seeking — it’s woke to the millionth degree. View the literary agents’ manuscript wish lists — it’s woke times 10 million. James Patterson admitted this a week ago, and then was forced to grovel and beg for forgiveness in the public square as part of his struggle session. Micro publishers and independent publishing are the only answer for the foreseeable future. They’re doing good work, but they could use help from the influencers.

We understand the problem. It’s been dissected and the new thing is vivisected each week. We get it. It’s time for action. Stop complaining about this world and create a new one — the New Culture — by promoting it.
my book