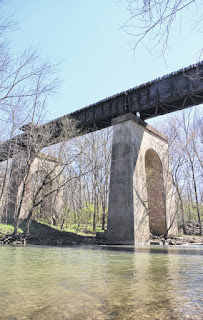 Married couples agree on almost nothing, so that’s what makes this story interesting. How does a married couple reach an agreement on a suicide pact?

Kenny and Jenny Finnegan were a cute couple. That’s what people said. People did not say they were the perfect couple. Who is the perfect couple? Normally, labeling a couple as perfect is only destining that couple for troubled times ahead.

Kenny and Jenny weren’t perfect. They couldn’t have kids. No matter how hard they tried. It wouldn’t happen. Today this might not seem like a big deal (and that’s very sad),  but it was a big deal then - and should be a big deal now. Today Kenny and Jenny would take refuge in a meaningless job that they could pretend was important. They could even call it a career. But 40 years ago,  Americans had a more reasonable understanding of life. They valued family over a paycheck and meaning was believed to be found in the creation of humans not products. They did not want fame, certificates on the walls, or the supposed respect of the people in their physical proximity completing the same meaningless monotonous tasks that were pretend important. Kenny and Jenny really had everything figured out as far as God understood except for how to have a kid.

At first everything was fine, but soon there was a tiny hole in Jenny’s heart. And day after day it grew little by little until all that was in her chest was a hole. Kenny knew about the hole. He had one too, it may have even been bigger but that’s only because men are anatomically larger so their holes grow to be larger but the physical diameter of the hole does not determine the emotional hole. Either way they both felt a real kind of awful.

One day Jenny got the crazy idea that she did not want to live anymore. She loved Kenny and her family and her friends, but she also loved the child she never had. To her it felt like she had lost a child.

Jenny told Kenny she was going to kill herself by jumping off the trestle. So Kenny said he would too. Not because he couldn’t live without her or because he missed the child that was never born. As he would later say, “He  just thought it the right thing to do.”

Town is connected to the quarry via the old B&O railroad of monopoly fame and the railroad enters town through a trestle that sits about 100 feet above a floodplain and softball field, but little softball occurs because the field is always flooded by Paint Creek named after some Indians that used to paint or something.

The walk to the trestle was quiet and peaceful. Jenny pointed out some beautiful flowers growing wild along a picket fence. Kenny knew they were weeds but he didn’t say anything because they were beautiful.

It was a muggy late-summer day in Ohio. One of those days that reminded kids that school was just around the corner. The sun had just gone down, and as they approached the trestle the softball field lights buzzed like the poor 70s electronics that they were. The twilight grew elsewhere, but a warm glow covered the field below, the artificial light refusing to let the day pass away.

To be concluded tomorrow in Chapter 2