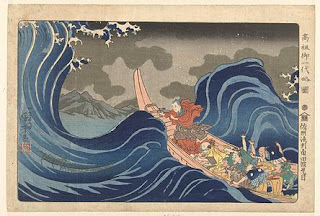 Let’s say I spend three hours trying to convince you of something. I focus on my one well-researched main point. The most convincing and demonstrable point. What happens if you find a tiny flaw in that point? Even if the flaw does not exist and is purely an error on your part? The result is that my point is completely dismissed.

This is how Joe Rogan’s podcast ended COVID and changed media. Legacy media spends hours on one point, then that point gets dismissed by opponents when one little issue — real or not real — is discovered. Rogan and other podcasts flow like normal human conversation. Instead of the artificial dialogue created for modern media with the invention of film, radio, and TV, podcasts follow the communication and learning patterns that have evolved over millennia. Cavemen didn’t lecture their interlocutors about one point for an hour nor did any of our ancestors because it does not work. Our thoughts jump around, and we hit each other with varying questions and ideas. Rogan unleashed a flood of truths. Some were shot down, but too many crested the gates. The flood overtook the establishment. While they were drowning in the flood waters, they tried to attack the source of the water, as if future water was going to kill them. They were already over and did not realize it.

When they should have been building boats they were enjoying their sweet lives as grasshoppers. When they drowned, they cursed the water. The future of persuasion through media, and possibly coercion, is not a message. It’s many, many messages. A flood of thoughts that will break through the most impenetrable dam or mind. The most committed true believer has but one choice, accept the truth and react to the flood or drown.