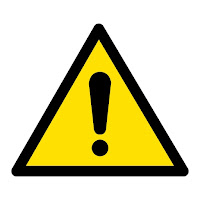 Why do we start discussions with disclaimers? Why do conversations begin with disclaimers? Since when did we start doing this? Have human beings become television programs?
What happened on Jan. 6 was wrong and I completely condemn the actions of those involved. With that stated, I can now proceed to a conversation about how the FBI/CIA likely heavily influenced the events on that day.

Can we be men? Can we be honest with each other? Why are we so worried about our reputations if they are so easily besmirched by daring to ask questions? If that’s the case, then I for one do not need a reputation (likely do not have one anyway, and if I do, it’s not good). Furthermore, if my questions make you uncomfortable, then grow the hell up.

I do not condemn the actions on January 6. The ruling class needs to know that the Bastille walls could come crashing down at any time and the Third Estate’s patience is wearing thin. The blades of the guillotines become sharper everyday. There should always be a healthy amount of unrest among the people and on all sides of the political spectrum.

The coming dissolvement of the Union is not a right wing insurrection. Everyone — irrespective of their political and economic ideologies — feels it and accepts it (as long as their way wins out). Yes, the beauty of democracy, a great system if your side wins out. What a wonderful system.

We tolerate the oppressive and opulent ruling class as long as they agree with two of our views, our two pet points. If the opposition ruling class — the one that feels differently on a whole two subjects — has power, then we march, protest but not peacefully riot, while they insurrect and conspire as we organize, and they collude but we fortify, and all of that, so on and so forth, forever and ever amen and awomen. We are children and children have no business ruling.

Perhaps that’s the reason we have a ruling class. We need rulers, but we don't want to be ruled unless we actually think we are doing the ruling, so we created an ad-hoc democracy. The illusion of true democracy pacifies the NPCs (but occasionally we wake up and burn down a Walgreens or dance around with a podium while wearing fur and horns, then fall back asleep). But even in this terrible system, our rulers do not have to be foxes. Let the elite rule as long as they are truly elite, or skillful at something other than lying and manipulating.

We’ve given the keys to the car to a sociopath — clinically the same as a psychopath but a trick in manipulation is to refer to them as sociopaths as readers are more receptive to this use due to the erroneous belief that a sociopath is a psychopath lite — and the psychopath (I don’t need to manipulate you) is driving at 109 mph into a brick wall. We see the speedometer on the dash. We see the brick wall. And with a straight face the psychopath says, “No I’m not driving at 109 mph into a brick wall.” Is he confident or is he just a psychopath? You’re not going to like either answer.

I do not condemn January 6.

Or the Minnesota riots.

Or the Kavanaugh protests.

We deserve this. We’re not a serious nation, and as such, we should no longer be a nation.
blog