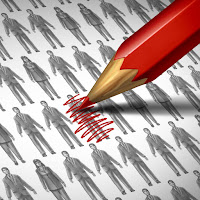 This will be a short one today. I have nothing to say.

Now I do have something to say.

A popular conservative influencer — I guess that’s what they are called — seems to be over or ended or canceled. I won’t mention the guy’s name because that’s the problem. This is all superficial. The influencers and gatekeepers are clowns. They don’t know anything. They don’t read anything. They skim the news and jump into hot-take mode.

Cancel everyone. I don’t care. However, what I am perturbed by are the other influencers that make content about (and profit from) this gossip. “He’s not a true conservative, he’s a grifter.” And you’re grifting by making a video about him. (Is this blog a grift?) What are your values — shaming, blaming, condemning, and criticizing? Even worse, you record the ad hominem video and pretend that you’re not recording an ad hominem video. “I don't want to cancel anyone” as I create videos and fill my timeline with evidence purely designed to destroy another human being.

I am all for blowing up systems. Blowing up ideas. But tearing down people just to tear them down (or to profit)? “But you don’t understand, he’s ripping people off. By exposing him, his paid subscribers will save money. I am doing good.” Maybe they like the product they are paying for and that’s why they are paying for it? Maybe they don’t want to know this nonsense. Maybe you are ruining it for them. Who are you to tell kids that Santa doesn’t exist? Maybe live your own life and stay out of other people’s affairs.

It’s news and personalities. That is politics. I don’t want anything to do with politics. I don't care about policy, prestige, and personality. Let’s talk about principles. Let’s talk about the systems to build and/or destroy based on those principles. Let’s read the classics, study the classics, and challenge our own knowledge. That sounds pretentious, but what is the alternative? Read a 3-5 minute article and say why it’s bad or good.

When this type of content dries up, we attack our enemies. When those clicks fade, we eat our own; we attack our side. Why do you people have a side? You clearly don’t have a side after all. Just be honest. You’re all trying to make money. You don’t want to help anyone. You don’t want to educate anyone. You’re staring into a camera that sits on top of your monitor while speaking into an expensive microphone that captures crystal clear HD sound, and then is played on $15 analog PC speakers.

I suppose someone has to do it. There’s got to be some policing and accountability. Maybe the gotcha guys deserve some credit for sticking their necks out to expose someone. Not sure. It’s as complicated as everything else. Yet, I still sense a tinge of pleasure emanating from the exposer exposing the man that …exposed himself.
blog